To have structures on Mars we need to have a clear notion that the reality of the Earth and the conditions we have on our planet do not apply to Mars. Some external actions that are considered in the dimensioning of structures on Earth are also considered on Mars but there are others that are very specific to the red planet. The main ones we must take into consideration when evaluating structures for Mars are gravity acceleration, wind, seismic activity, meteorites, radiation and pressures.

The gravitational acceleration on Mars is about 3.7 m/s2 , about one third of the Earth's gravitational acceleration. This makes all the "weights" and downward actions that the structures have to withstand much smaller on Mars than on Earth. To give an example, in Europe a floor of a residential building is checked to support a weight in use of 200kg/m2 while on Mars that same weight is 57kg/m2.

Prior to the study of the action of the wind on Mars, it would be expected that this was a very conditioning element in the design of the structure. However, analyzing the wind speed records on Mars we come across values far below the expected. The maximum wind speed ever detected on Mars was about 30 m/s, much lower than the maximum speed detected on Earth. In order to be able to compare the wind of the planet Mars with the wind of the Earth, an interpolation was performed that first compares maximum wind speeds in sandstorms and then calculates the base wind speed.

Applying the rules present in the chapter of Wind Actions in Euro code 1 we arrive at a value of qb = 20.2 Pa. Due to the low qb value we can classify the wind action as non conditioning. 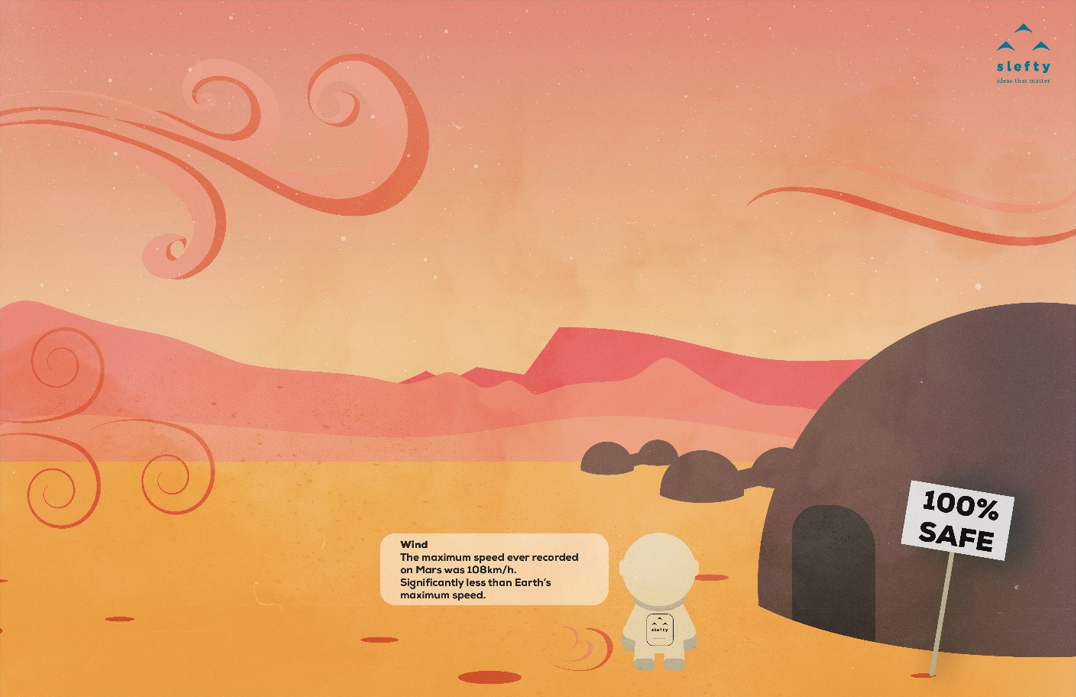 At the end of 2018 the Insight probe landed on Mars. This probe aims to study the geology of the planet through the analysis of its seismic activity. The probe was successful in detecting earthquakes on Mars, however, their magnitude never exceeded 4 Mw (Banerdt 2020). It is necessary that the signal of a common earthquake on Mars be amplified about ten million times, in order to be perceptible to the human. As the ground accelerations caused by these kinds of forces are of Armstrong's order of magnitude, the response times of the structures and the impact on them are negligible. As we can notice in the data collected by the probe (Banerdt 2020), for the same distance from the epicenter, there are vertical accelerations, oscillations and magnitudes drastically smaller than those of the Earth. 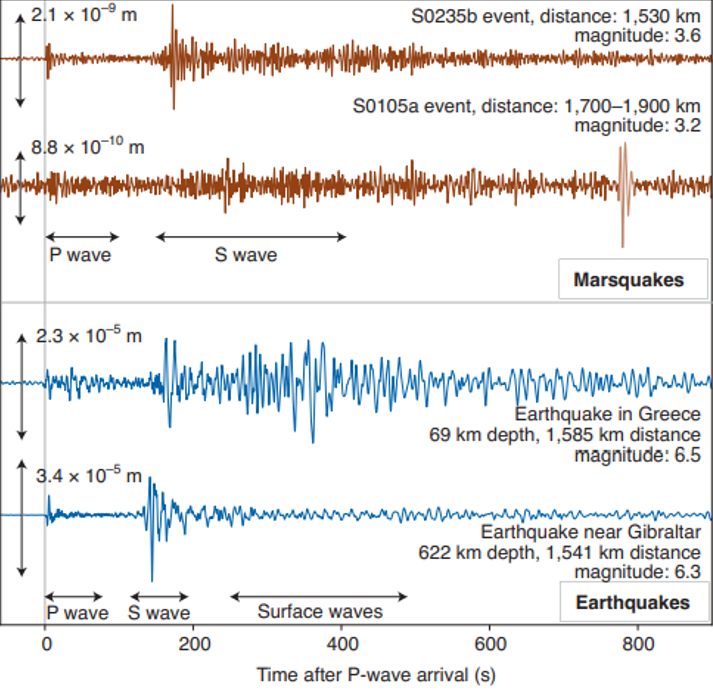 The weak gravitational pull results in an atmosphere on Mars significantly less dense than that of the Earth and a magnetic field with less repulsive power than the Earth. In other words, the red planet is not equipped with a physical protection against meteorites, which can fatally compromise the success of the mission on Mars. Thus, the impact that meteorites have on the planet Mars was analyzed.

Through a terrestrial model (Hughes 2003), which relates the diameter of the craters to the meteorite's impact energy, and assuming the sphericity of the meteorite, we were able to relate the diameter of the meteorite to the size of the crater created. The model used admits a density for the projectile of about 2800 kg m^(-3). Another study (Le Feuvre 2011) was analyzed to determine the velocity of the meteorites, which relates the distribution of meteorite impact velocity with its probability of occurrence. In the same study (Le Feuvre 2011), the number of events per year per km^2 of meteorites reaching the surface of Mars and the size of the crater caused by these same events were also related. 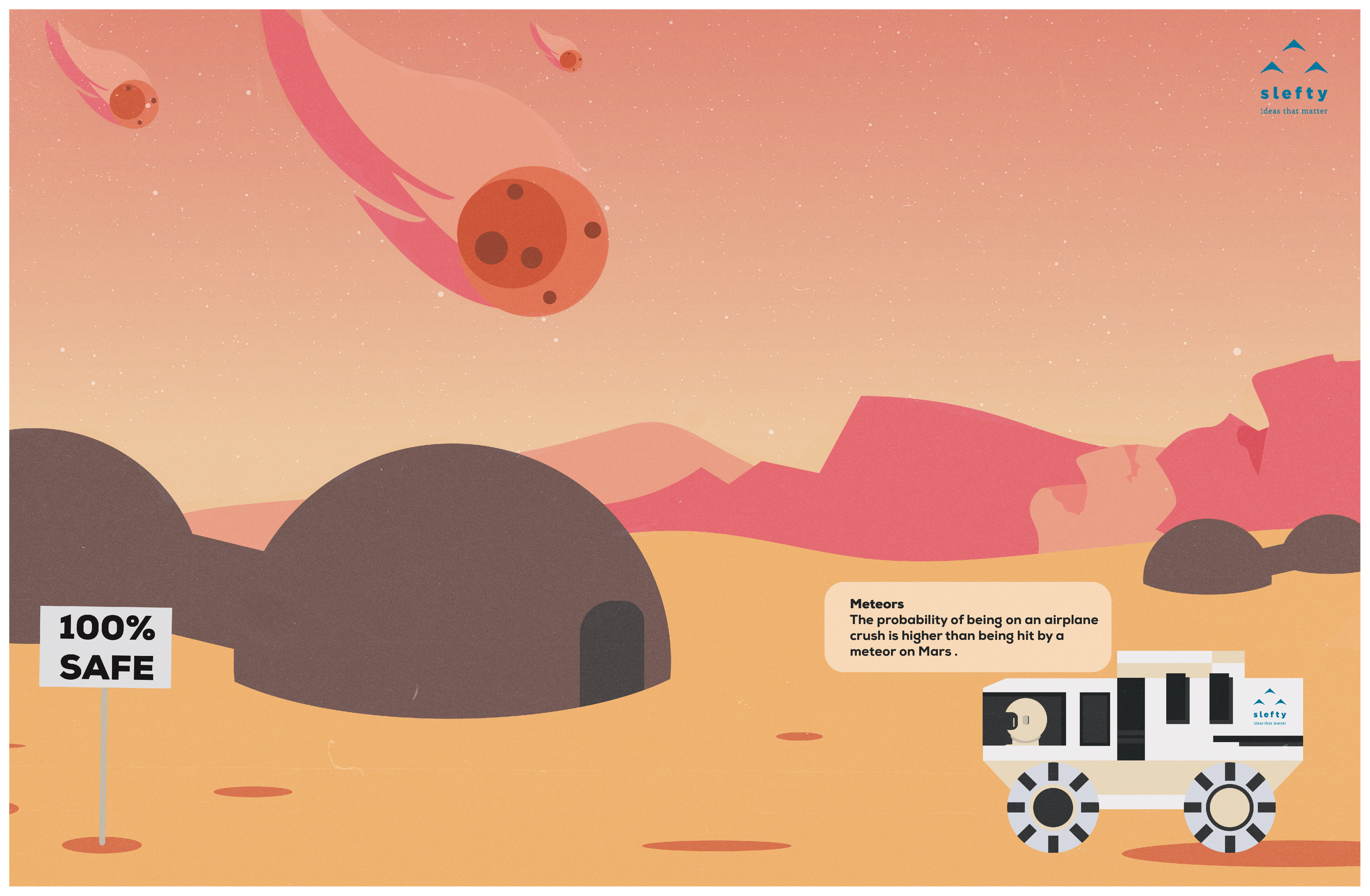 From the crater dimension it is possible to determine the area of the circle created by the crater and multiplying by the number of events, we can obtain a relation to the probability of being reached by a meteorite with the dimension of the object, for each speed selected.

In addition, it was possible to estimate a minimum thickness that the composite would have to have to withstand the impact of a meteorite, also depending on the diameter of the meteorite (Tijin 2013). 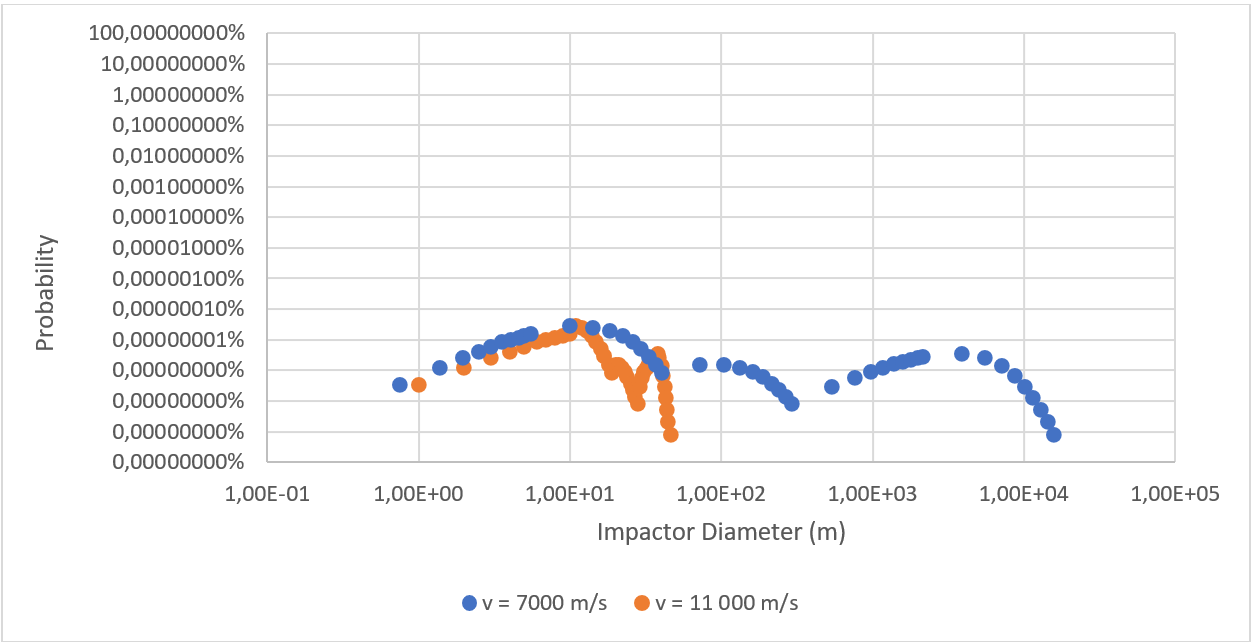 Figure 2: Probability of being hit by a meteorite

The probability of being hit by a meteorite is quite low, but still much higher than on Earth.

The lack of protection caused by a thin atmosphere and a weak magnetic field exposes, without any kind of protection, the crew members of the colonization mission to solar and cosmic radiation. For example, on the International Space Station, due to the station's proximity to Earth, the problem is mitigated by the Earth's strong magnetic field.

According to the data obtained, a protection factor of 92% is necessary in order to create structures and life bases capable of providing radiation safety.

LE FEUVRE, Mathieu; WIECZOREK, Mark A. Nonuniform cratering of the Moon and a revised crater chronology of the inner Solar System. Icarus, 2011, 214.1: 1-20.